On Friday, June 7th, 200 7th and 8th graders from Launch put down their pencils and walked out of their school as part of their 3rd Annual Walkout to End Gun Violence.

The walkout is the culmination of their 7th grade Learning Expedition about Gun Violence. Each spring, Launch 7th graders study gun violence from many angles, trying to answer the central question, “What can we do to address the issue of gun violence in our community?” In Science, students learn about epidemiology and look at gun violence from a public health perspective. In Literature, they read different stories of gun violence. In Digital Media, students design protest posters. In Social Studies, students learn about the Bill of Rights and the 2nd Amendment and consider a variety of perspectives on gun laws in America. In Writing, they explore how writing can be used as a vehicle for social change by creating their own news story and petition about arming staff at schools.

For the 7th graders, a walkout answer to their central question: a walkout provides students the chance to raise their voices as one and educate their community about the impact of guns. And each 7th grader was assigned specific jobs in preparation of the walkout itself; student roles include Epidemiologist, Community Builder, March Leader, and many more. In this way, student truly are taking the lead in this effort.

Launch teacher Lindsay Herz said, “As a teacher, my goal is to support my students in making their voices heard and helping them see themselves as agents of change”.

Local nonprofit SOS Crown Heights partnered with Launch again this year to help the students learn about political activism, social justice, and save protest practices. And joining students the day of the walkout were 25 volunteers from Viacom, who had previously mentored some of the students on how to publicize their walkout and rally during a class visit to the Viacom offices.

The day of the walkout, students stepped off at 10am, chanting “Save our Streets!” and “Who matters? We matter!” The walkout ended in Restoration Plaza, where students gave speeches, read original poems, sang inspiring songs, and performed a step dance routine. 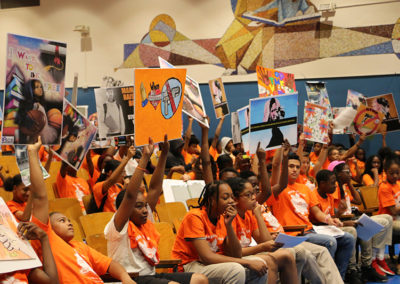 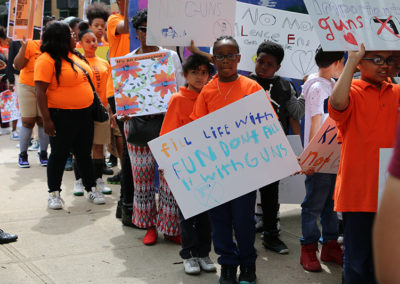 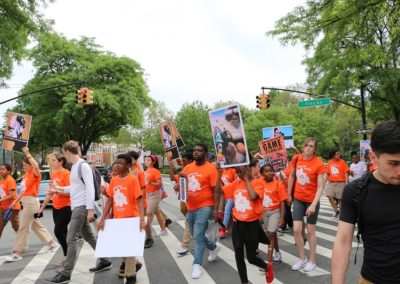 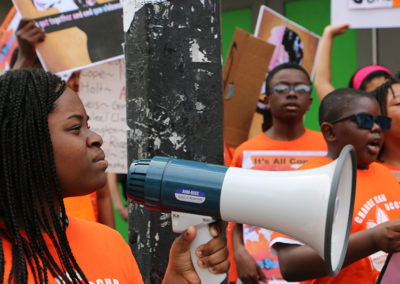 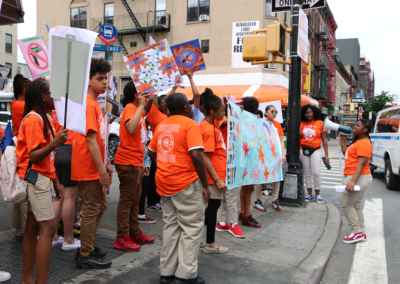 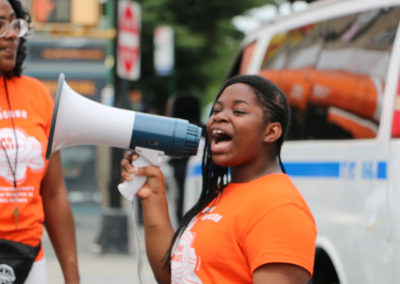 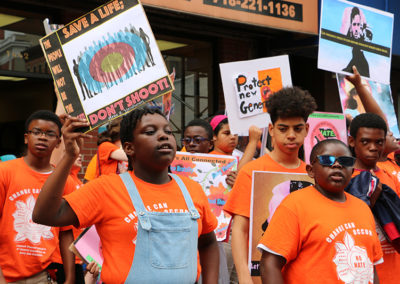 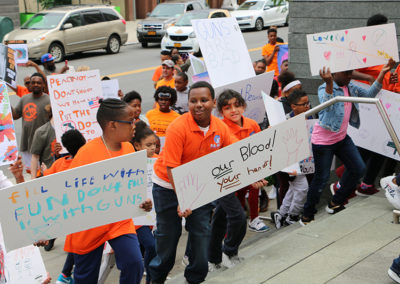 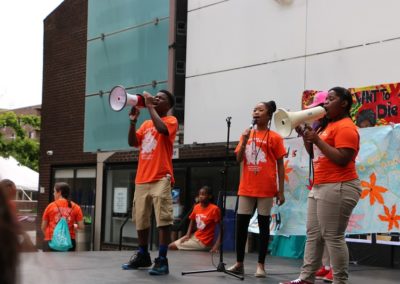 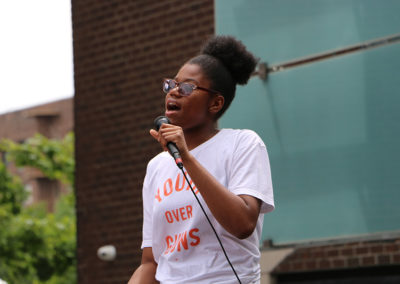 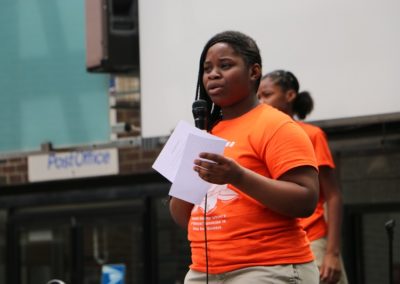