Meet the Winner of the 2021 Greg Farrell Award

Meet the Winner of the 2021 Greg Farrell Award: Moses Ssenyonjo

We are pleased to announce that Moses Ssenyonjo has been named as the recipient of the 2021 Greg Farrell Award. The Award was established in honor of Greg, who passed away in March 2020 at the age of 84, and who lived a life that was filled with service, adventure and visionary accomplishment. Among his many achievements, Greg was a founder of NYC Outward Bound Schools and EL Education (formerly Expeditionary Learning) and was also the founding Executive Director of the Fund for the City of New York.

The Award, which is presented annually, was established by a group of Greg’s former colleagues from the early crew of NYC Outward Bound Schools, all of whom were supported and nurtured by Greg, and shaped by their long connection and friendship with him. This group solicited nominations for the Award and served as the Selection Committee that reviewed those nominations.

Moses was chosen by this Committee from among an outstanding group of 14 nominees, who work in fields ranging from education to healthcare. Moses is a Rwanda-based educator with roots in Uganda, who is currently serving as the Head of School of the Rwamagana Leaders’ School. He has provided exemplary leadership in this role, steering the school and supporting his students through a global pandemic. Last year, he converted the campus into an emergency hub for local Rwandans who needed access to food and supplies during the pandemic, raising over $11,000 and feeding more than 3,000 people. And he was named by the Segal Family Foundation as a 2021 African Visionary Fellow.

Moses was chosen as this year’s Greg Farrell Award recipient because he embodies so many of the values that Greg himself exhibited. Moses, like Greg, is a patient listener who asks insightful, probing questions; a tireless connector who is skilled in building relationships with people of all backgrounds; a visionary who is also pragmatic enough to get things done; and someone who is always ready and willing to give credit to others.

Also, like Greg, Moses believes that schools should be places where children have the opportunity to tap into their innate curiosity, connect their learning to real world issues and experience moments of joy. In fact, Greg served on the Board of Directors of the Rwamagana Leaders’ School and professed his admiration and respect for Moses after observing him in action.

We are delighted to recognize Moses, and in presenting this Award to him, we are also recognizing and honoring the entire group of nominees, each of whom brings to life the qualities that we so prized in Greg and that we sought to encapsulate in the Award’s tagline – “Lighting sparks, Living Boldly, Leaving the world a better place.” 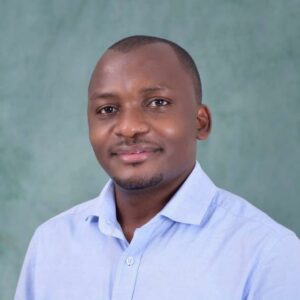 It would have been easy to close the school like many did and just wait for the government to tell us when to reopen, but Moses chose to make a difference, to be a leader and to demonstrate the values of the Rwamagana Leaders’ School and EL Education.

Join us for a celebration of Moses, of our nominees & of Greg!