Born and raised in Washington Heights-Inwood, Erick Espin can name on a couple fingers the teachers of color he had in elementary and middle school.

“Mr. De La Santos, Ms. Torres,” he lists, searching his brain. “They stood out to me because, sadly, it wasn’t the norm. Representation matters.”

Erick is now a history teacher and Crew Advisor at WHEELS, a NYC Outward Bound School in Washington Heights, and has spent the past 12 years at the school, aiming to be the teacher he wishes he’d had by building relationships with students and designing inclusive curricula. And others have taken notice — he recently earned EL Education’s most prestigious teacher recognition, The Klingenstein Award.

“When I was in school, history was a way for me to help make sense of what I was experiencing and address some of the complicated feelings that were coming up,” Erick says.

Eager to do the same for his students, Erick has designed several units that pair historic events with modern phenomena — comparing and contrasting Western Expansion and U.S. land acquisition in the 1800s with modern-day gentrification in Washington Heights, for example.

In World History, Erick ensures that equal time is spent diving into non-white ancient civilizations like the Olmecs, Mayans and Chin Dynasty, as is given to the Greek and Roman Empires.

“He understands because he’s from the neighborhood, he’s from the Heights, he knows how it is to live here,” said Brianna, a 2019 graduate of WHEELS. “And so he gives real-life examples that make us understand, and then he connects it to history.

“It’s important to me that my students understand that what’s in that book isn’t the whole story,” Erick says. “My goal is to have them realize that they can question that book and find evidence to support a counterclaim.”

The freedom to teach this way is a testament to the leadership at WHEELS, Erick says, and the trust that they place in their teachers. 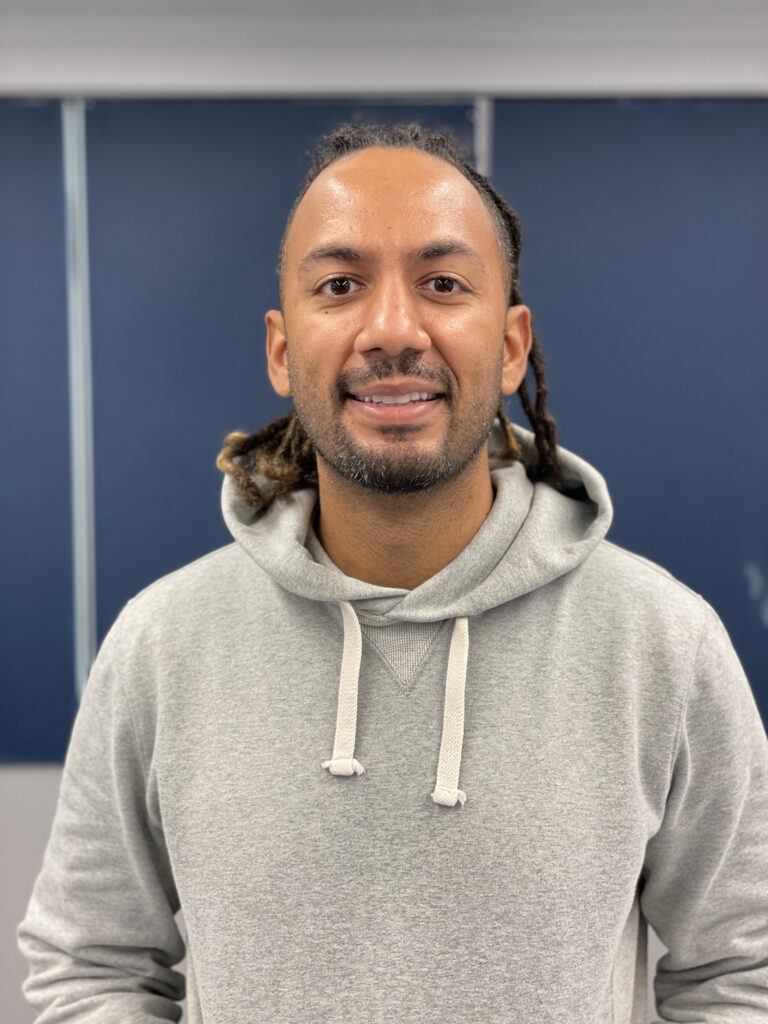 It’s important to me that my students understand that what’s in that history book isn’t the whole story. My goal is to have them realize that they can question that book and find evidence to support a counterclaim.

“Erick is deeply committed and willing to confront the questions we need to be answering as a community and society,” says Tom Rochowicz, principal of WHEELS. “He supports students to locate themselves in the world and ask the critical questions that promote their agency and appetite for change. All of this comes from Erick’s deep love for kids, the community, and how we can improve to better serve both.”

Erick doesn’t shy away from hard truths — he tells it like it is. He acknowledges that as much as he loves teaching, he’s still operating within an economically and racially segregated system. But he never misses an opportunity to do his part. This year in his economics and civics course, he planned a new personal finance curriculum to help ensure students would be well-prepared for their next steps in life. During last summer’s protests following George Floyd’s murder, he made space for students, both in Crew and the classroom, to address and unpack emotion.

“Just having that one teacher who actually knows what you’re going through makes a huge difference in the way you walk into class,” said Inkaira, a 2019 graduate of WHEELS, “Or the way that you go home at the end of the day.”