We are thrilled to be back in person! Join us on Tuesday, May 24 for our 2022 Gala honoring Chancellor David C. Banks and Gregory Worrell.

After a two-year hiatus, NYC Outward Bound Schools will once again be hosting its in-person Gala at 583 Park on Tuesday, May 24. We will be honoring David C. Banks, Schools Chancellor, NYC Department of Education and Gregory Worrell, Scholastic Incorporated Senior Consultant: Education, for their inspiring commitment to education. As is tradition, the Gala will be led by our students and include the presentation of the R. Gaynor McCown Excellence in Teaching Award to Dana Nelson, who teaches 12th grade humanities at Leaders.

This year’s event will celebrate our commitment to school communities centered around belonging and educational equity, and highlight the ways in which NYC Outward Bound Schools has greatly expanded its work this year. Funds raised from the Gala will go toward ensuring that we can continue our critical work of transforming schools and changing lives.

Thanks to two anonymous donors who have generously pledged $150,000 in challenge funds, all new and increased gifts to the Gala this year will be matched. That means if you didn’t give last year or give more than you did last year, your gift will have double the impact!

Purchase a Ticket or Table
Can't Attend? Make a Donation
Bid in our Auction 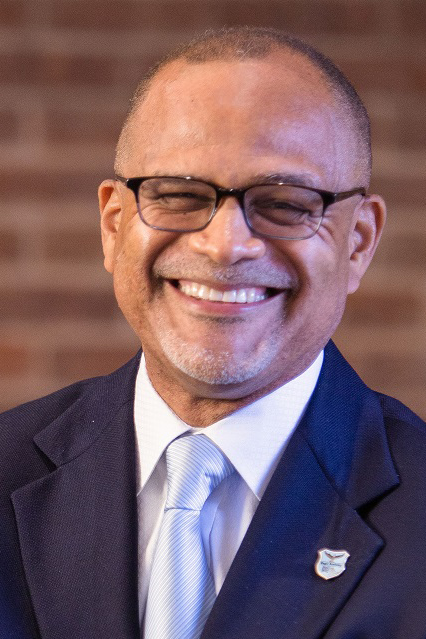 David is Chancellor of the largest school system in the nation. He is the former President and CEO of the Eagle Academy Foundation, and the founding principal of The Eagle Academy for Young Men, the first school in a network of innovative all-boys public schools in NYC and Newark.

His vision of education emphasizes a partnership between schools and communities based on the guiding principles of academic excellence, leadership, and character development. With the Eagle Academy Foundation, David set out to prove that a high-quality college preparatory education for young men of color can be provided in a public-school setting.

David led the establishment of the first Eagle Academy for Young Men as part of NYC’s high school reform initiative in partnership with 100 Black Men, Inc. The Eagle model has since been adopted in schools throughout all five boroughs and Newark, N.J., expanding nationally through the Eagle Institute.

In partnership with Scholastic, David helped curate the Rising Voices Library, a collection of nonfiction, biographical, and fiction books celebrating Black and Latino boys designed to provide students in grades K–5 with high-interest, culturally-relevant texts that give context to what they’re experiencing in the world around them. He also authored SOAR: How Boys Learn, Succeed, and Develop Character.
David is a co-founder of Black EdFluencers United, dedicated to influencing and developing the capacity of Black educators and raising awareness about systemic challenges within education. He has also served as a board member for the International Boys’ Schools Coalition, co-chair of New York City Young Men’s Initiative, and founding board member of the Coalition of Schools Educating Boys of Color.
David is a graduate of Rutgers University and received his Juris Doctorate from St. John’s University School of Law. He participated in the Cahn Fellows Program for Distinguished Principals at the Teachers College Columbia University and was awarded an honorary doctorate degree in education from Wheelock College. 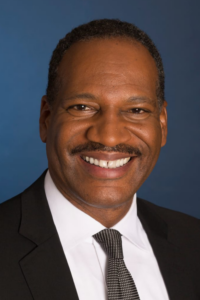 In January of 2022, Greg retired from Scholastic Incorporated, the world’s largest publisher and distributor of children’s books and educational materials.  He now serves as a retained consultant to that company and is responsible for building and reinforcing relationships to expand Scholastic’s reach with educational institutions, community-based organizations, and leaders across private and public sectors.
Greg has been working with Scholastic for close to three decades, most recently as President of Scholastic Education and Corporate EVP: Education Strategic Partnerships, where he has been a constant advocate for empowering educators and offering reading access to students of all backgrounds.  Notably, Greg launched Scholastic Family and Community Engagement (FACE), dedicated to creating programs and partnerships that support literacy development in classrooms, at home, in early childhood and after-school settings, during the summer, and through mentoring programs.
Greg is the recipient of numerous awards, including recognition by City & State of NY magazine as one of New York’s Responsible 100 leaders for Excellence in Education and the Upton Sinclair Award, which recognizes educational leaders who have gone above and beyond the call of duty, ensuring that children around the globe succeed.
Greg serves on the Board of Advisors for the Mayor’s Fund to Advance New York City.  He also serves on the Board of Directors of the Mission Society of New York City, one of New York’s oldest and foundational non-profit organizations focused on ending multi-generational poverty.

The Gaynor McCown Award was established to honor the memory of R. Gaynor McCown, a former public school teacher, longtime Board member of NYC Outward Bound Schools, Executive Director of the Teaching Commission, and champion of the profession of teaching. The Award recognizes a teacher or other staff member from NYC Outward Bound Schools’ network of schools who exemplifies the qualities that Gaynor herself exhibited as a teacher and that she sought to nurture and support in others. 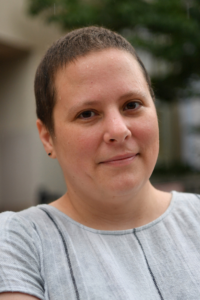 Dana has been teaching English at Leaders High School for 11 years, and considers it her home. She is thrilled to work at a school that has changed and evolved so much over the years — as our commitment to NYC Outward Bound and EL Education has grown, as we joined the Consortium of schools that use PBATs for authentic evaluation, and as we built a student-centered Restorative Justice Program. She lives in Brooklyn with her husband, son, and two dogs.

Congratulations to all of this year’s nominees!

Purchase Your Ticket or Table

Use the form below to buy tickets or tables now via credit card.

Avoid transaction fees by paying by check, wire or stock transfer. To do so, complete this Pledge Form and email it to [email protected]. We particularly encourage this for $50,000, $25,000 and $10,000 tables.

Thank you to our lead supporters & corporate sponsors! 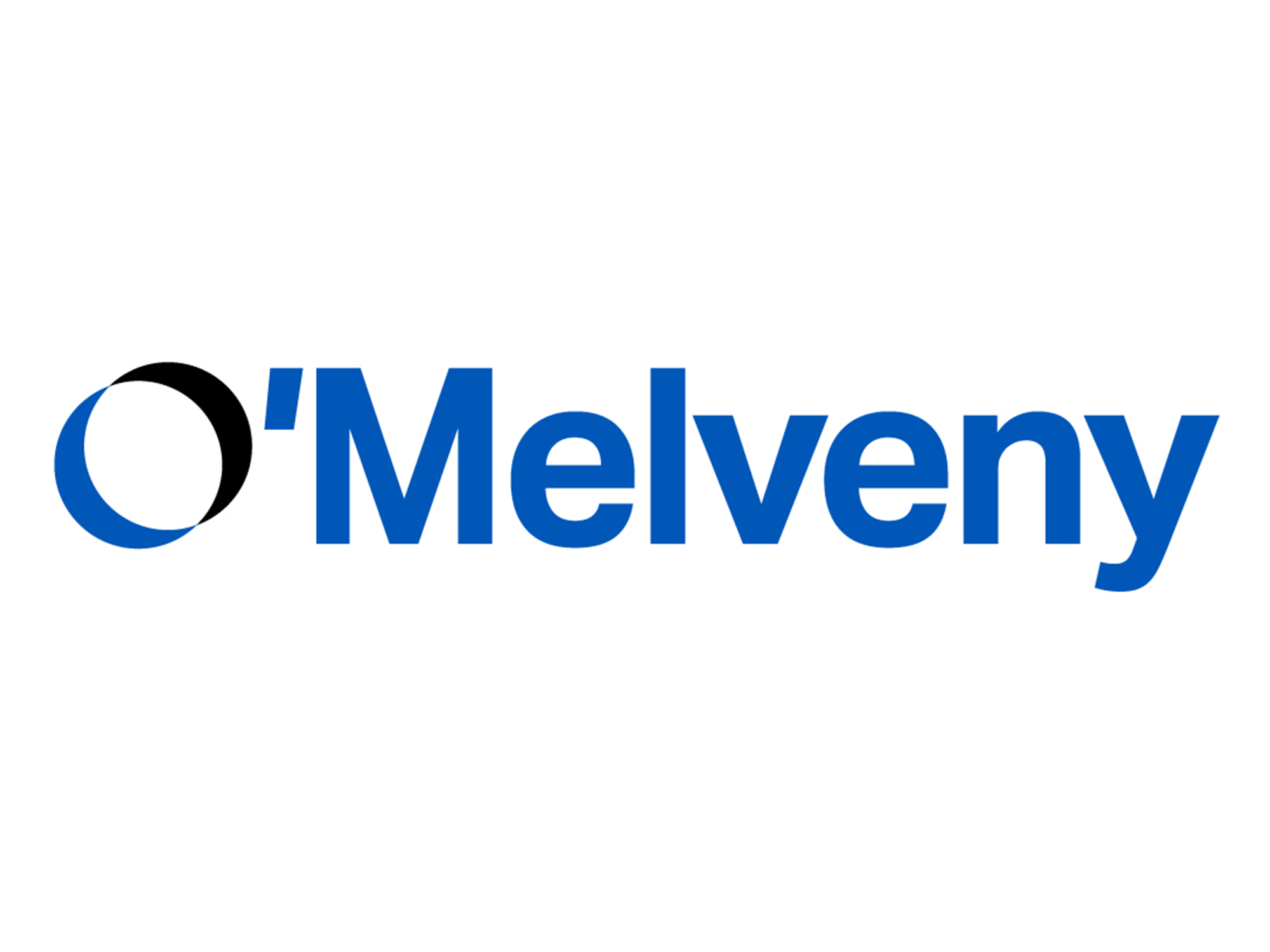 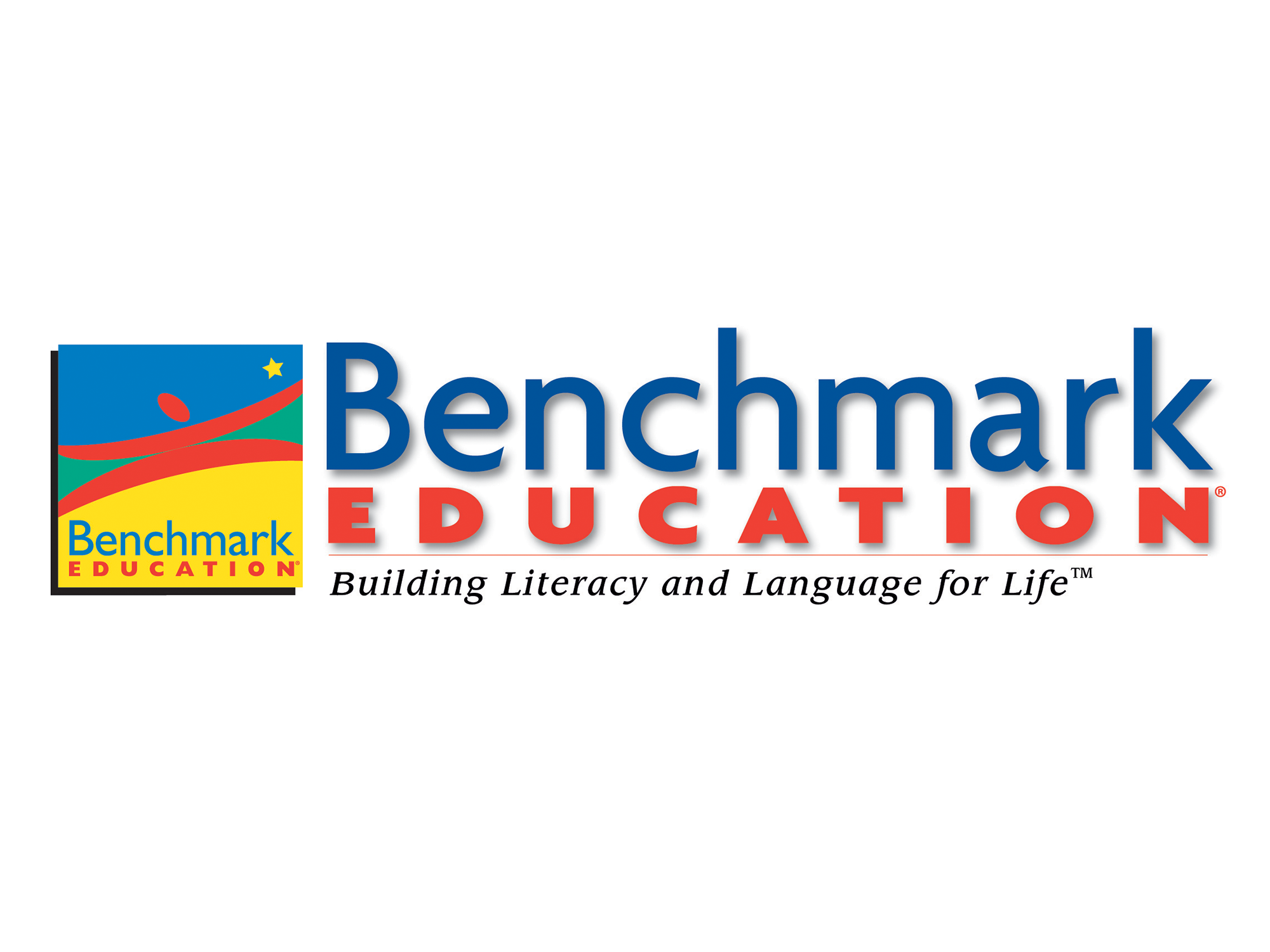 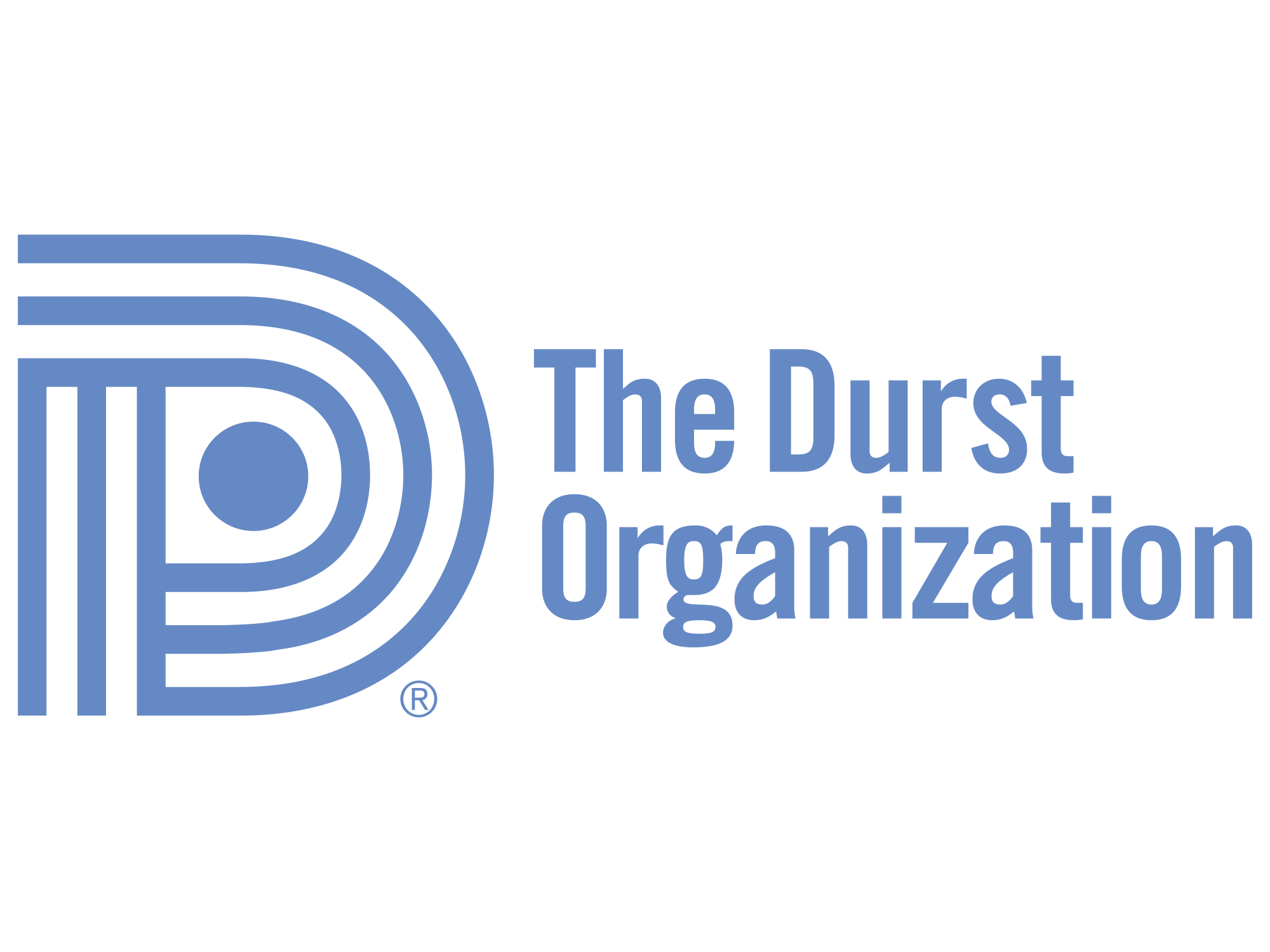 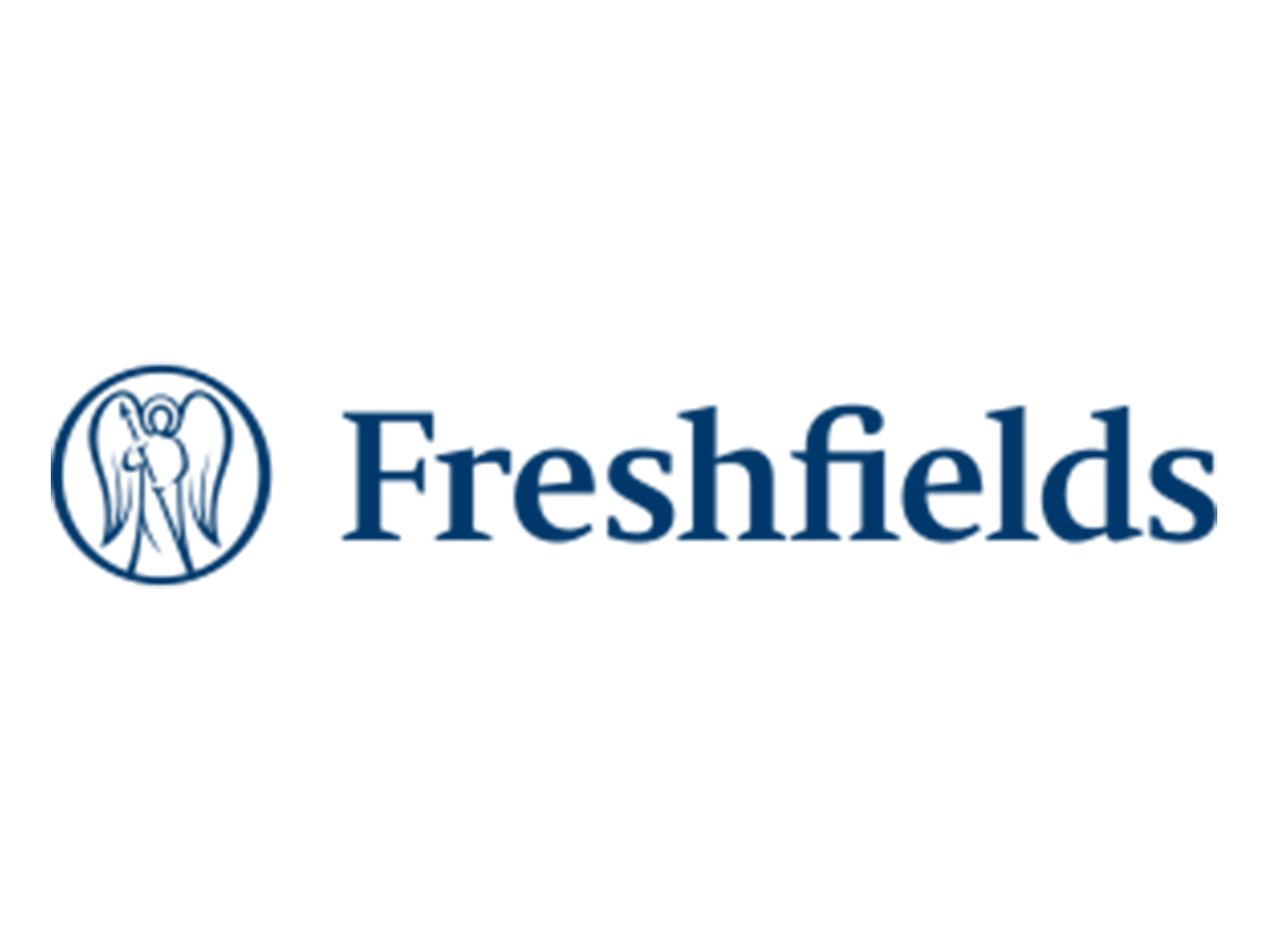 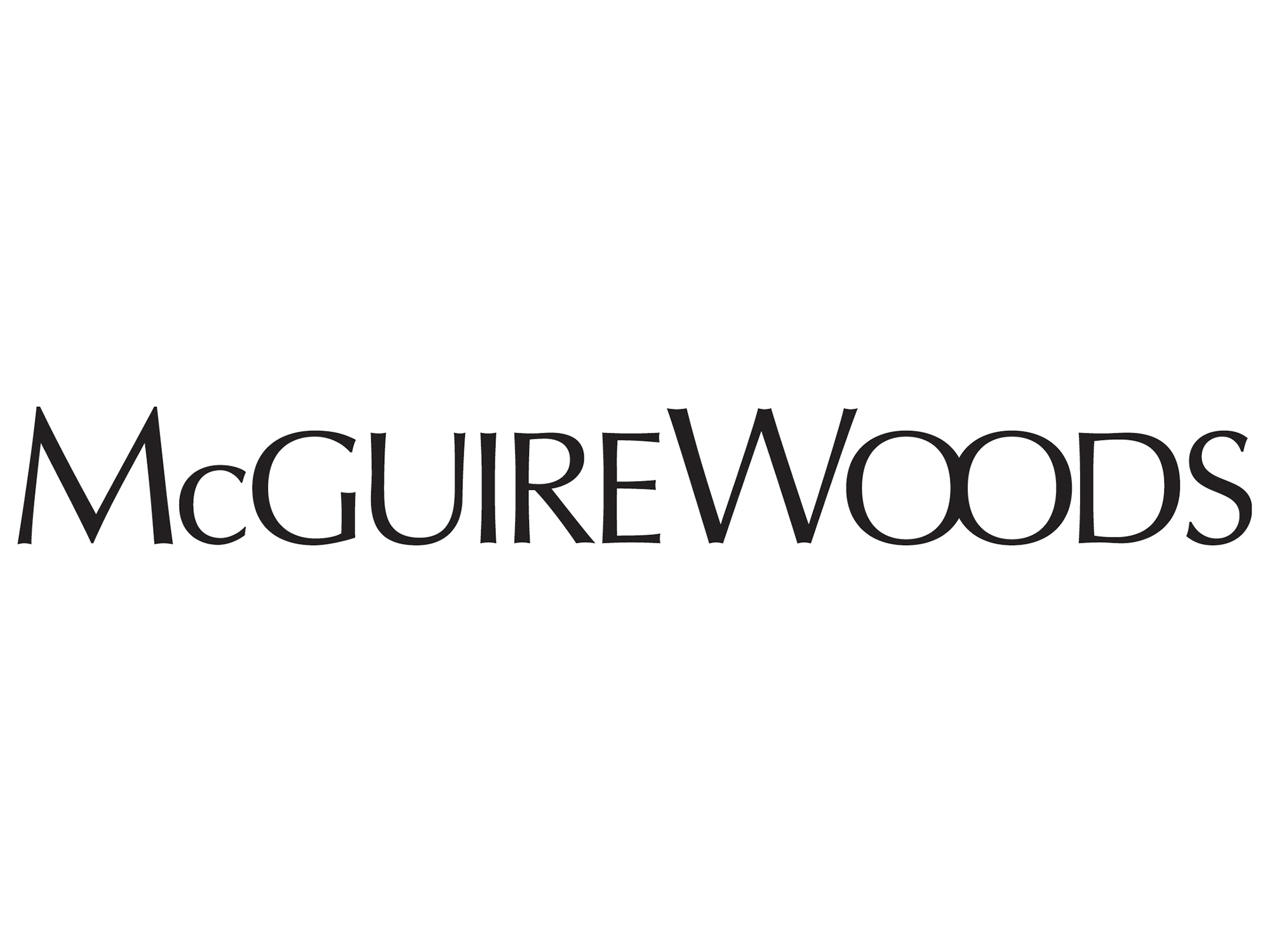 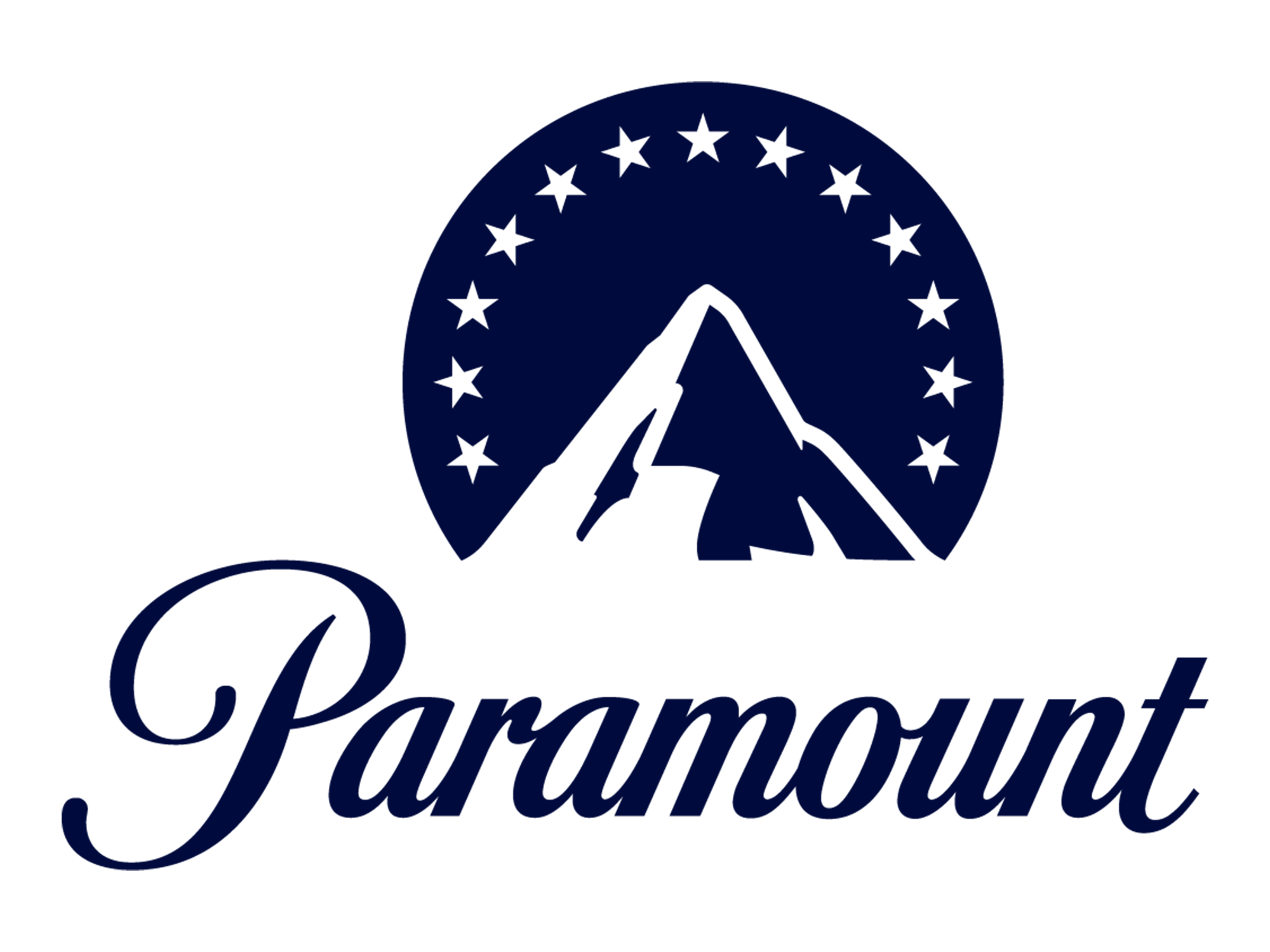 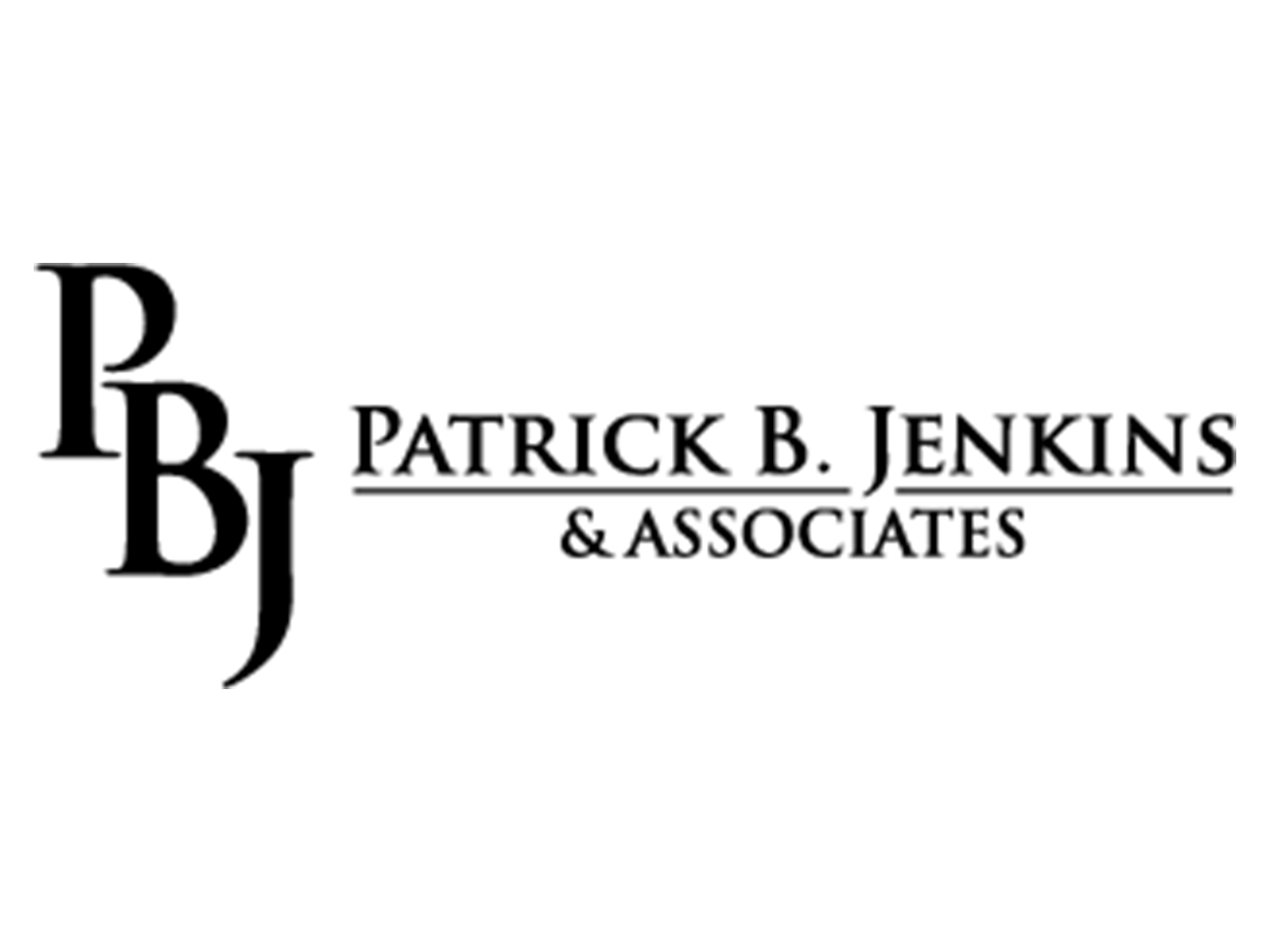 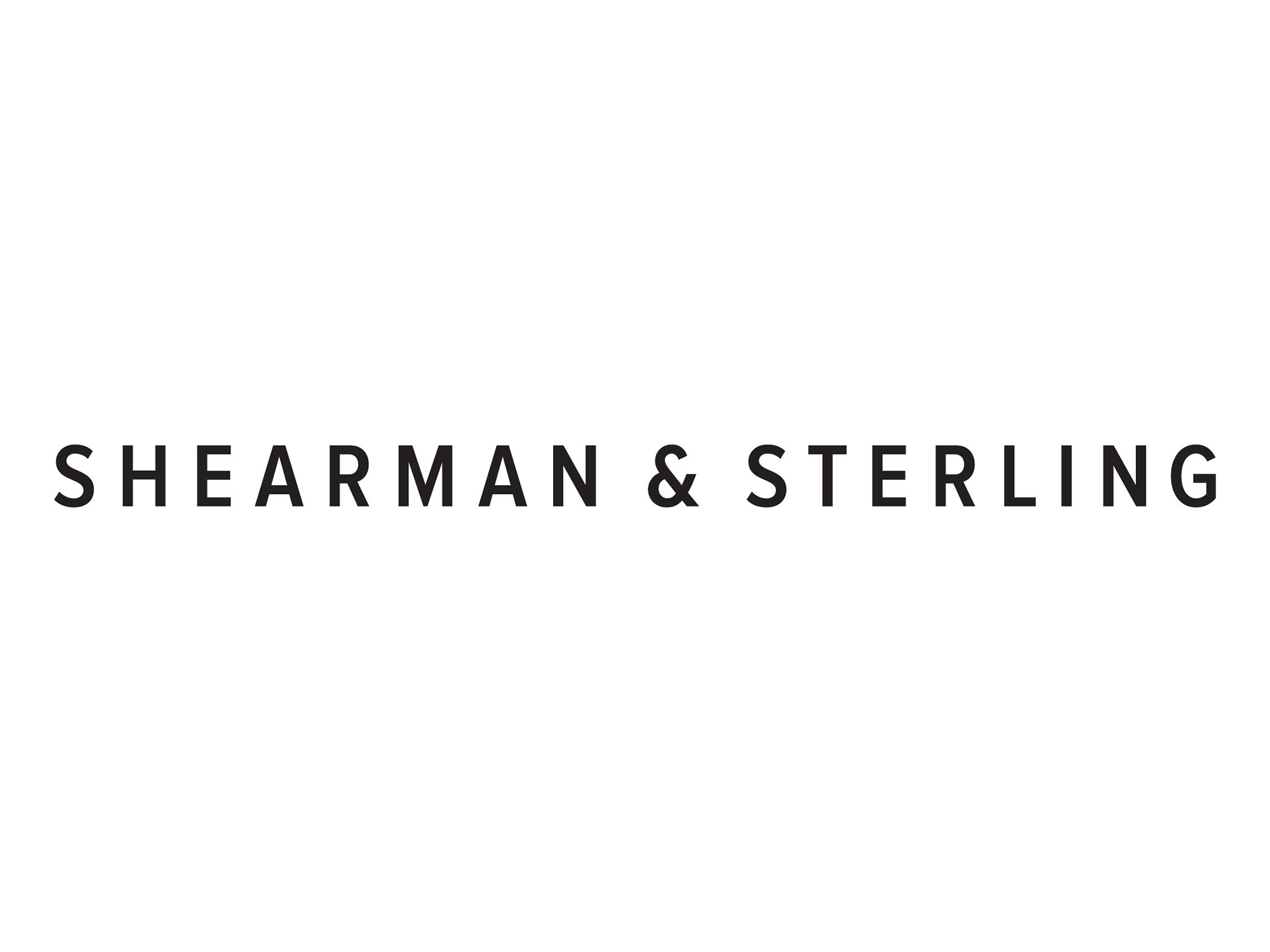 Browse Photos & Videos from Past Years 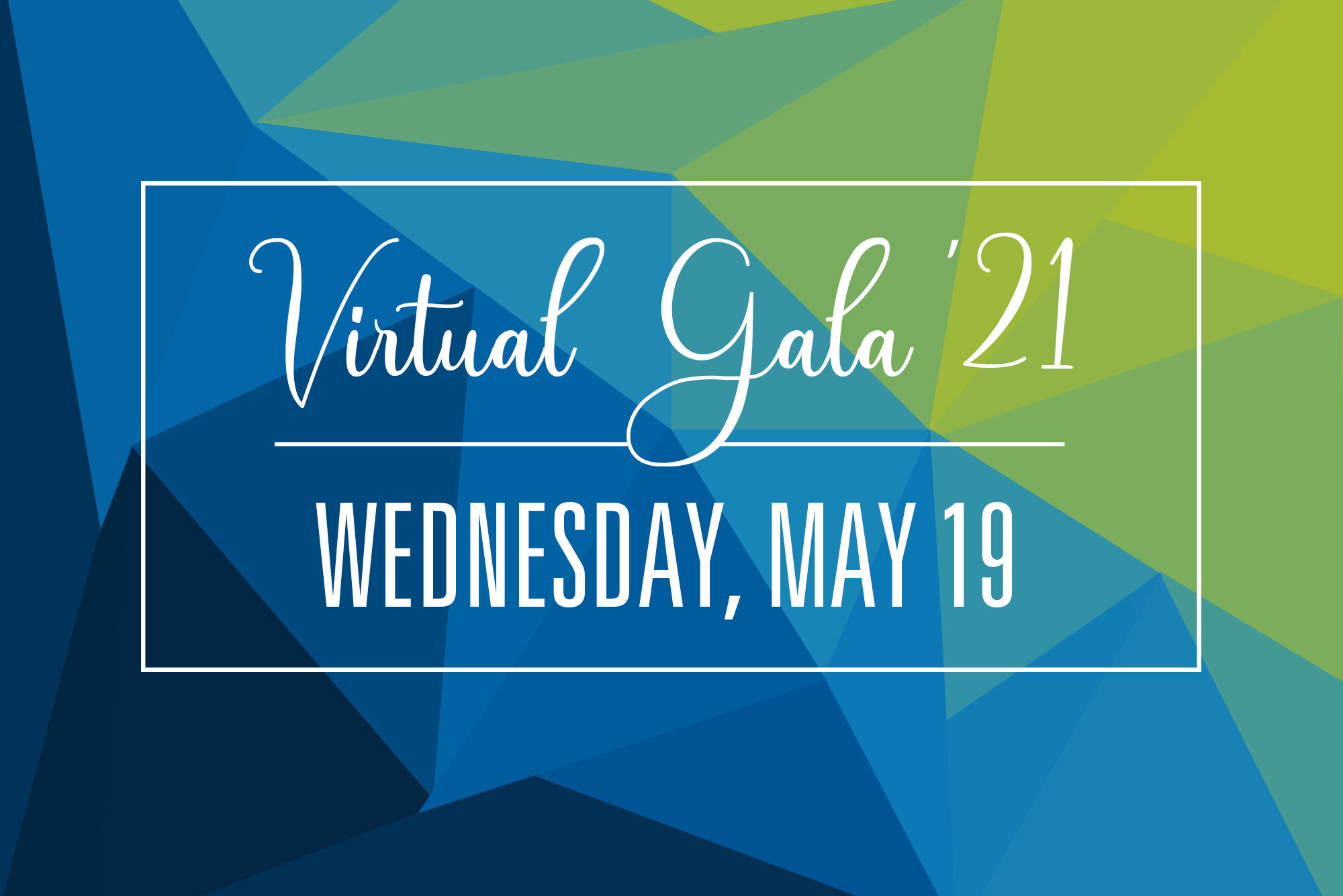 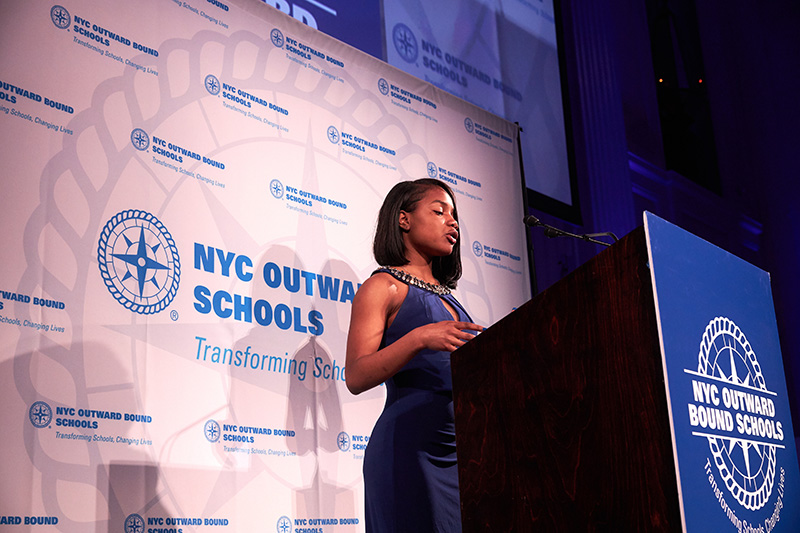 Our 2019 Gala took place on May 16 at 583 Park Ave, honoring Pamela and Gifford Miller. Browse through the photo gallery and watch a video highlighting the two teachers recognized with the Gaynor McCown Excellence in Teaching award. 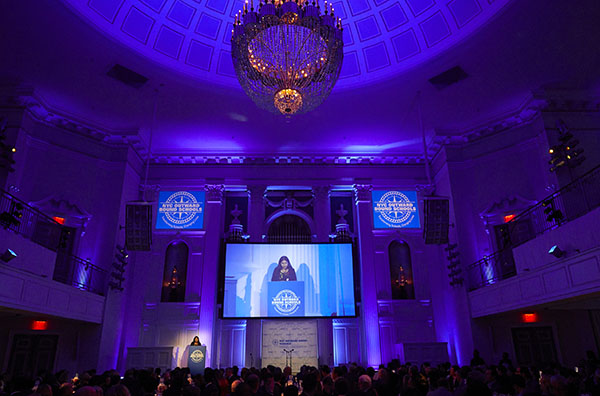 The 2018 Gala took place on May 16 at 583 Park Ave, honoring Diana and Joe DiMenna and NYC Council Speaker Corey Johnson. Browse through photos and watch a video of our student MC for the evening.